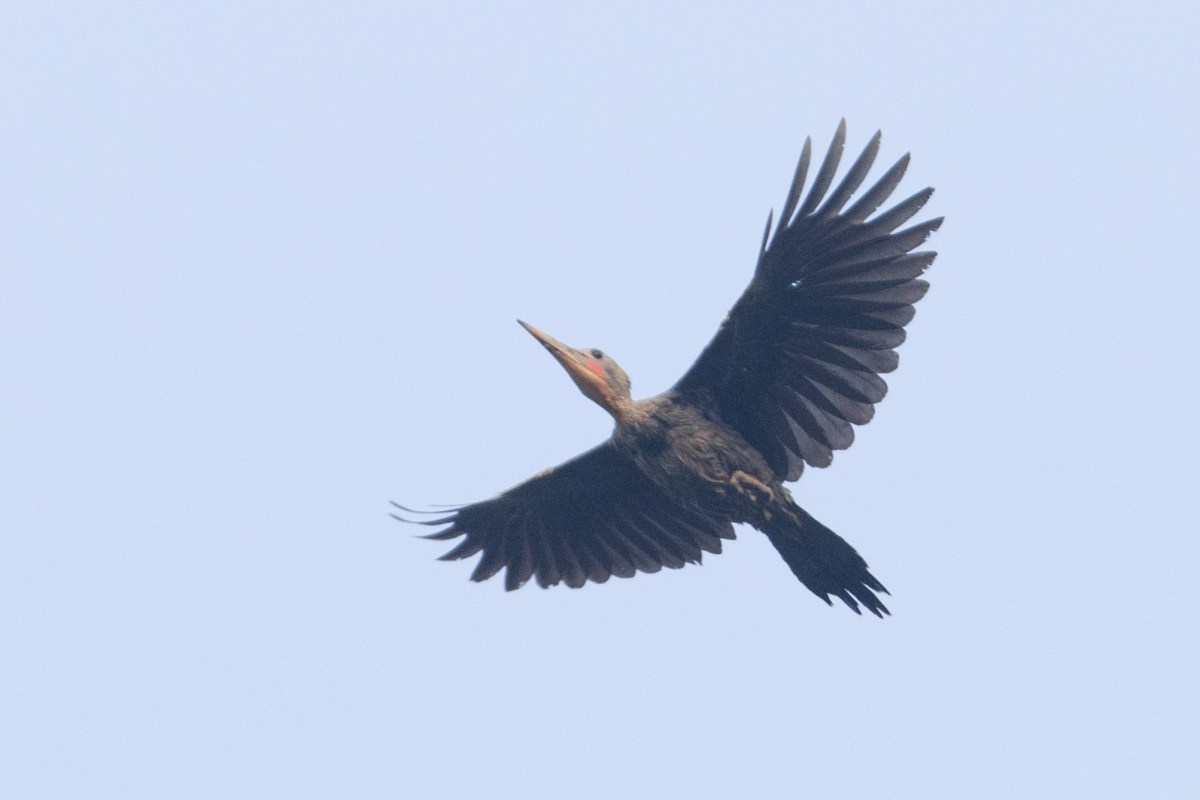 Extinction is an evocative word, with some of the world’s most iconic birds such as the Dodo Raphus cucullatus and the Passenger Pigeon Ectopistes migratorius having achieved infamy for the dubious distinction of belonging to this category. Though the term often implies a sense of permanent loss, there are scenarios where extinction is not forever.

There are a few ways to think of the term ‘Extinct’.

The most commonly understood definition of extinction describes a complete global disappearance of a species. In Southeast Asia, no bird has been officially regarded as Extinct by the International Union for the Conservation of Nature (IUCN), though some species such as the Javan Lapwing Vanellus macropterus almost certainly are. The IUCN requires the criteria—exhaustive surveys in known and/or expected habitat, at appropriate times (diurnal, seasonal, annual), throughout its historic range have failed to record an individual—to be satisfied before concluded that a species is Extinct. This is to prevent a loss of directed conservation attention for a species that may actually be very rare rather than gone forever.

A prime example of this would be the recent extinction declaration of the Ivory-billed Woodpecker Campephilus principalis, only made after 77 years after the last confirmed sighting of this conspicuous bird. Such long lag times between last sightings of a species and a formal extinction declaration is not uncommon, especially is species that have historically had large geographic distributions.

Another category is species that are Extinct in the Wild, with all known populations of the species known only from captivity. No birds from the region officially fall into this category, though the newly split Javan Pied Starling Gracupica jalla and Javan Green Magpie Cissa thalassina may qualify with further research.

In both cases, the declaration of extinction is fairly clear-cut. If the bird can no longer be found in the wild, then it will naturally qualify for one of the two categories. However, it is when we begin to incorporate national boundaries into definitions of extinction where things begin to get hazy.

Local extinction describes a scenario where a species is extinct, or no longer occurs, within a specific portion of its geographic range. In many cases, a species may entirely vanish from a country—a situation which we describe as extirpation. Many bird species are extirpated from Singapore. For instance, both the Great Slaty Woodpecker Mulleripicus pulverulentus and Moustached Babbler Malacopteron magnirostre have not had breeding populations in the country for decades (Wang & Hails, 2007). In these cases, extirpation describes a situation where a bird is no longer a Resident Breeder; even though occasional individuals may stray into our shores from elsewhere. The lack of a breeding population precludes them from being considered re-established.

Record Committees (RCs) are often the local authority for declaring a bird nationally extinct. However, since national boundaries do not present actual barriers to the movement of birds, this task is much more complex than it first appears. Birds that show up unexpectedly could represent a hidden, breeding population of a very rare species or merely visitors from across the border—how does one make a case either way?

In complex cases such as this, members of the RC will have to evaluate records on a case-by-case basis, taking into account the movement and breeding ecology of the species. Many RCs additionally comprise multiple people, so as to utilise a broad swathe of expertise instead of relying entirely on the knowledge of single individuals, whose judgment may be clouded by various biases.

Let us use the previously mentioned Great Slaty Woodpecker and Moustached Babbler as examples.

In 2018, a single, Great Slaty Woodpecker was sighted within Singapore’s central forests, staying for only a short while before disappearing. Though the identification of the bird is without doubt, Great Slaty Woodpeckers are conspicuous and noisy birds (Eaton et al., 2021) — it is unlikely that an undetected population has persisted unnoticed on a small island. In addition, large woodpeckers are known to move large distances when searching for suitable foraging locations (Ogasawara et al. 1994; Garmendia et al., 2006). A single bird flying the comparatively short distance from Johor to Singapore would be unremarkable when these woodpeckers are known to fly much greater distances. As such, taking the collective evidence into account makes us suspect that the Great Slaty Woodpecker presents a case where the bird is merely a visiting individual and not part of a larger, undetected population on the island.

However, the ecology of the Moustached Babbler and other understory babbler species such as the Fluffy-backed Tit-babbler Macronus ptilosus is far different. Anyone who has searched for babblers can attest to their penchant for hiding in thick cover and their reluctance to move into the open. This trait suggests that most babblers do not often move across large landscapes without forest cover (Yong, 2006). In addition, the relatively short, rounded wings of most understory babblers indicate that they are poor fliers and unlikely to undertake long-distance movements (Desrochers, 2010; Hermes et al., 2016). As such, if a population of a presently unrecorded babbler species were suddenly re-discovered in Singapore, we would not suspect that these birds were visitors from abroad. However, if these birds were encountered in a site that was regularly birded, we might suspect that these birds were recent releases/escapees. Babblers are highly vocal birds with distinctive calls and would surely have been recognised by local birders had they been present as a breeding population (Eaton et al., 2021).

As you can see, nothing is ever quite so clear cut!

These examples offer some insight into the thought processes that we might undertake when confronted by new records. Though it is a rather complex and multifaceted process, we hope that this article makes what seems like a rather opaque and fuzzy process much more understandable!

Extinction – what it means for birds in Singapore