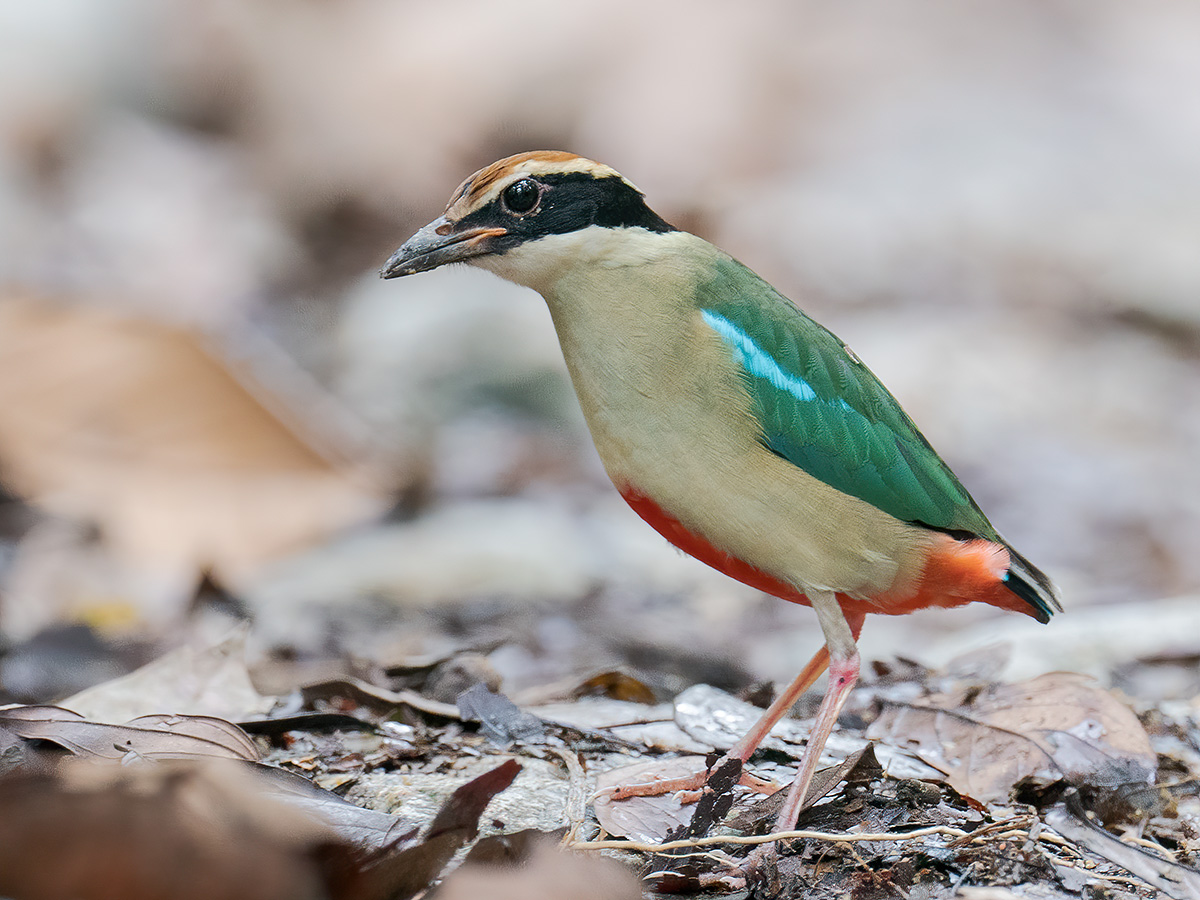 There are four new species added in this revision.

Pied Stilt
2 stilts were first observed on 16 July 2019 at Pulau Tekong. Subsequent observations revealed a total of 4 adult Pied Stilts, together with 4 immatures. Nesting was observed with subsequent hatching of a further 3 chicks. Birds were observed at the location until 23 August 2019 when they subsequently disappeared. The closest location to Singapore for Pied Stilts prior to the discovery is in southern Sumatra.

Cinereous Tit
A single bird was seen at Tuas South on 5 November 2019 in the morning. The nearest population is in Kuala Selangor, Malaysia and Sumatra, Indonesia.

Fairy Pitta
A juvenile was seen and photographed near Dillenia Hut on 8 November 2019. Wintering population has been reported in Borneo.

Daurian Redstart
A male was photographed twice at Singapore Botanical Gardens’ Eco Lake area on 12 November 2019. This represent the third record for the species. Previous record of a female at Satay by the Bay in 2013 and a male at a private residence along Cashew Rd in 2014 were taken into consideration in accepting this record into the list.

The other change in this revision is a major revamp of Malay bird names as per communication with Mr. Tou Jing Yi.