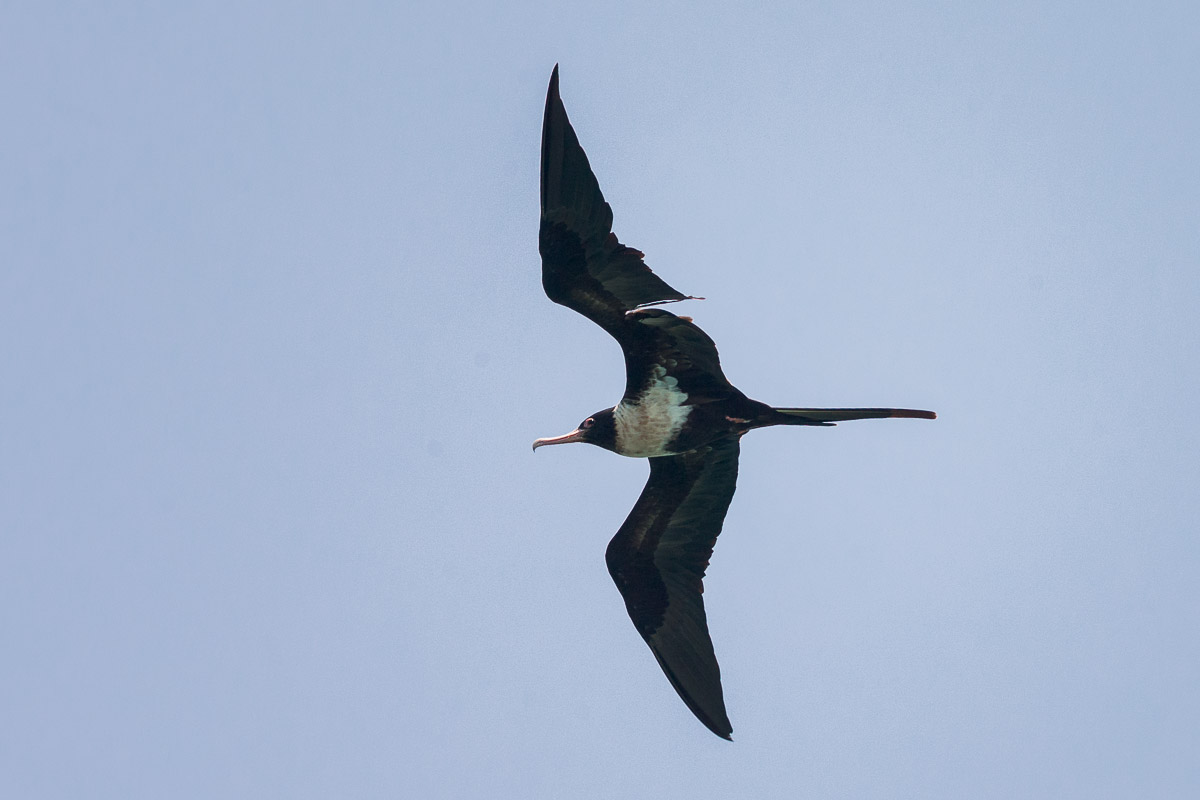 Identification:
Male has overall blackish plumage with prominent whitish patches extending from side of body to inner underwing-coverts and red gular pouch. Female has black hood and belly with white on the rest of underparts, extending in axillary spur onto inner underwing-coverts. Juvenile resembles female but has rufous to brownish white head, white belly and black breast-band. Apart from size, difficult to distinguish from juvenile Christmas Frigatebird but possibly has narrower black breast-band.

Behaviour/Ecology: Catches flying fish in mid-flight and harasses other sea birds to force them to disgorge their catch which is then caught in mid-air.