In the early morning of 29 April 2017, 2 boats with 10 birders/bird photographers on board each set off from Marina Cove headed towards Horsburgh Lighthouse. The lead boat “Boon Teik” was followed closely by its sister boat “Popeye“. This is the second trip organised by See Toh Yew Wai with mainly contributors to the Singapore Bird Project. The first trip was documented previously in this blog here. 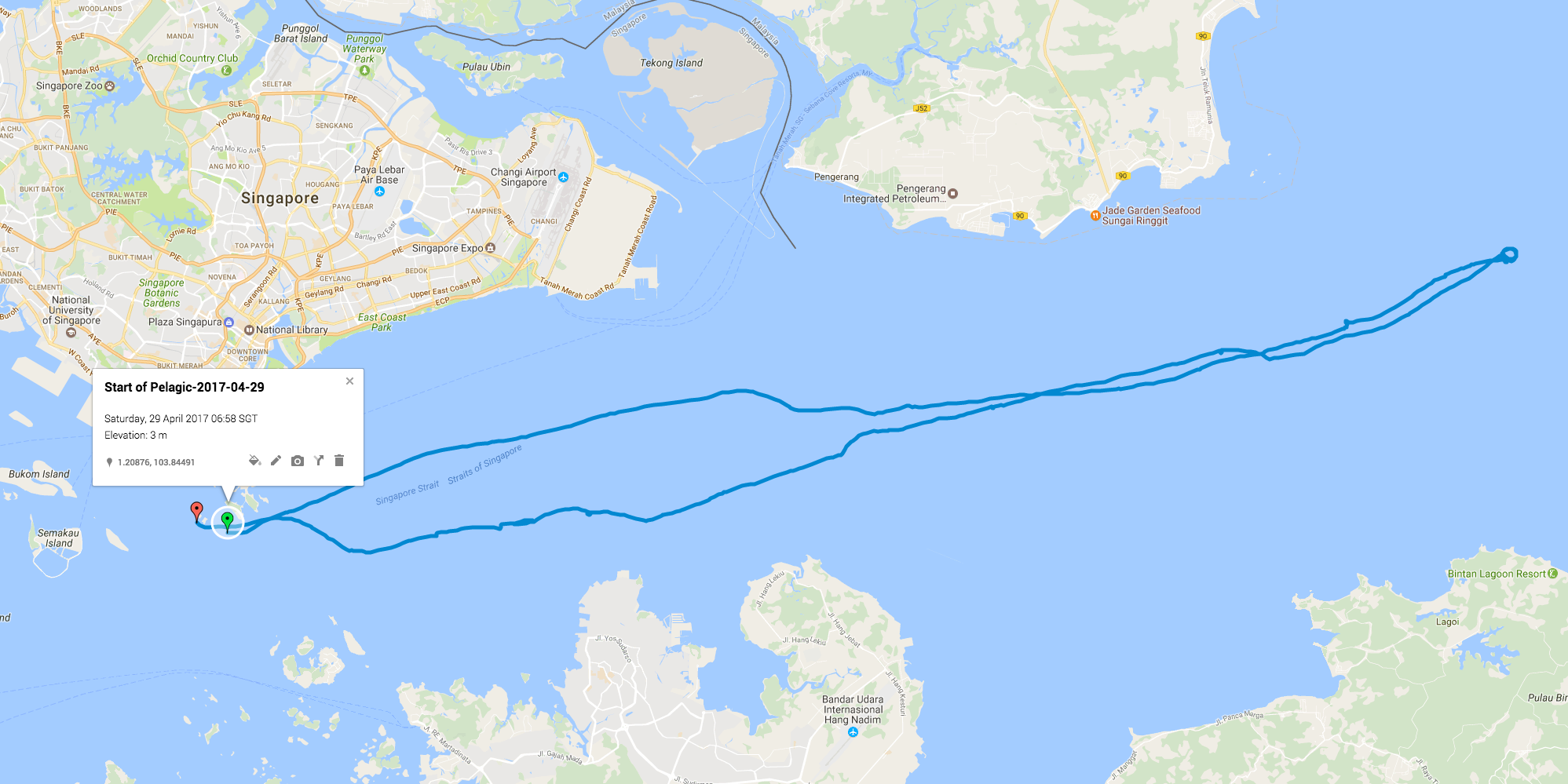 Here is the summary of the bird count for both boats.

As you can see, the count for both boats differ rather significantly due to the presence or absence of some star birds. This despite the fact that the boats were hardly 50 meters apart most of the time. As we have discovered previously, the scanning ability of the participants greatly affect the outcome of what was seen or missed. For instance the Long-tailed Jaegers were seen only on Popeye and the Parasitic Jaegers seen by both boats were reported at different location. Likewise the Bulwer’s Petrel was mainly noticed by the Boon Teik’s participants and only glanced through by most of the Popeye’s photographers.

The star bird of the trip was of course the Bulwer’s Petrel, the second sighting of the season. It is likely the same bird seen previously in November 2016. The Short-tailed Shearwater numbers were very encouraging too. A yet to be identified shearwater also proved to be exciting, but it was quite a distance away and the photos proved rather inconclusive to ID so far. The sightings of the Long-tailed Jaegers and Parasitic Jaegers were also of significance and they were in their breeding plumage with their tail projections seen.

The biggest stars to most of the participants were not birds though. A small pod of 3 Indo-Pacific Humpbacked Dolphins swam around both the boats at Horsburgh Lighthouse delighting us all.