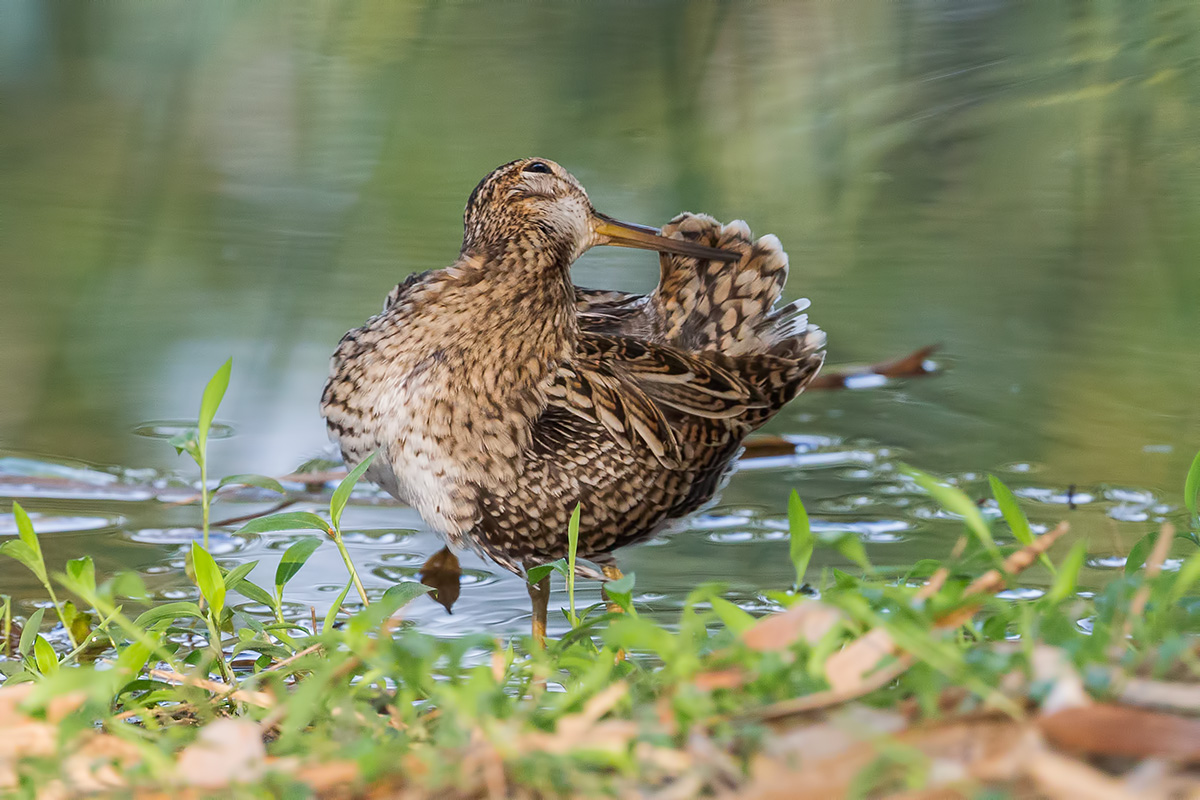 Range:
Breeds from central to east Russia as well as in Mongolia; winters in the Indian subcontinent and southeast Asia.

Identification:
One of three difficult-to-identify Gallinago snipes in Singapore. From Common Snipe, most obviously differentiated by a lack of clear white trailing edge to the secondaries, shorter bill and larger-headed appearance (see that species for more differences). Apart from a long list of overlapping and weakly defined separation features, only truly differentiable from Swinhoe's Snipe with a clear view of the spread tail (or measurements in the hand). This species has one (vs. more than one in Swinhoe's) intermediate-width feather between the wide central tail feathers and the eight (or, less frequently, six, seven, or nine) pin-like feathers on the outer-tail. These feathers are referred to as "pins" as they are extremely narrow, less than 2 mm wide. On Swinhoe's, only the outermost pair of tail feathers are narrow (varying from 2 to 4 mm wide), while the rest gradually increase in width towards the central feathers (giving the impression of at least two intermediate-width tail feathers outside the central few, while Pin-tailed shows only one when tail is fully spread).

Behaviour/Ecology: Flushed Pin-tailed Snipes tend to vocalize more than flushed Swinhoe's Snipes; a snipe that is silent when flushed is more likely Swinhoe's than Pin-tailed, but this is only suggestive. Vocal differences between the two species are poorly understood and more study may reveal that differentiation by flight calls is possible.