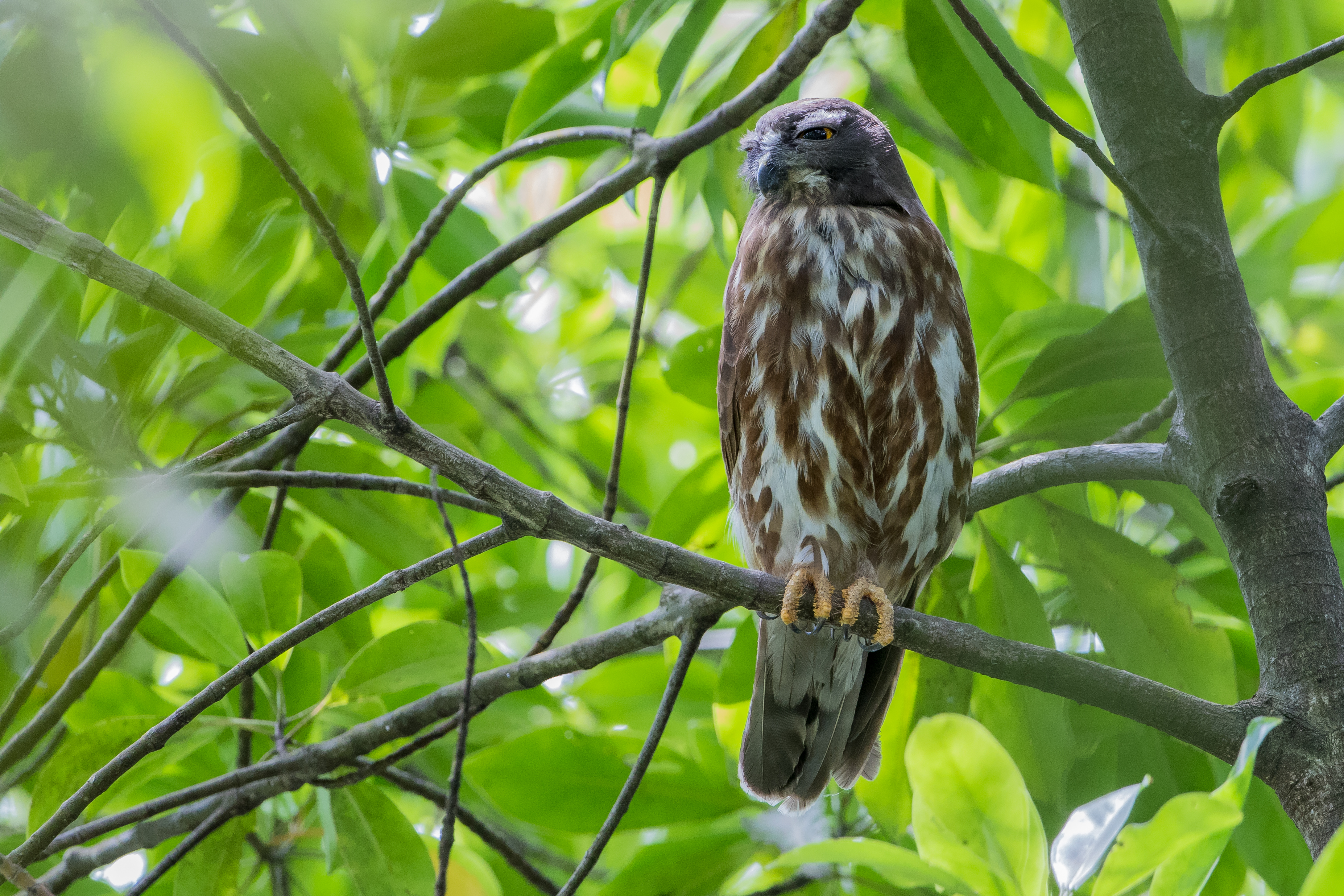 Identification:
Similar to Brown Hawk-owl. Overall brown colouration with large, yellow eyes and small, white patch above bill. Field identification from Brown Hawk-owl is tricky with this bird possessing more elongated, teardrop-shaped streaking compared to the rounder, more heart-shaped streaks of the local subspecies of the Brown Hawk-owl. This bird also possesses proportionally longer wings than the resident species, however, this is hard to make out in the field.

Habitat: While on migration will make use of any habitat with trees, including scrubland and other areas outside of the closed forests that characterise our central reserves.

Location: Records from Tuas South, Pasir Ris Park, and Satay By The Bay but could conceivably occur in any place with trees.