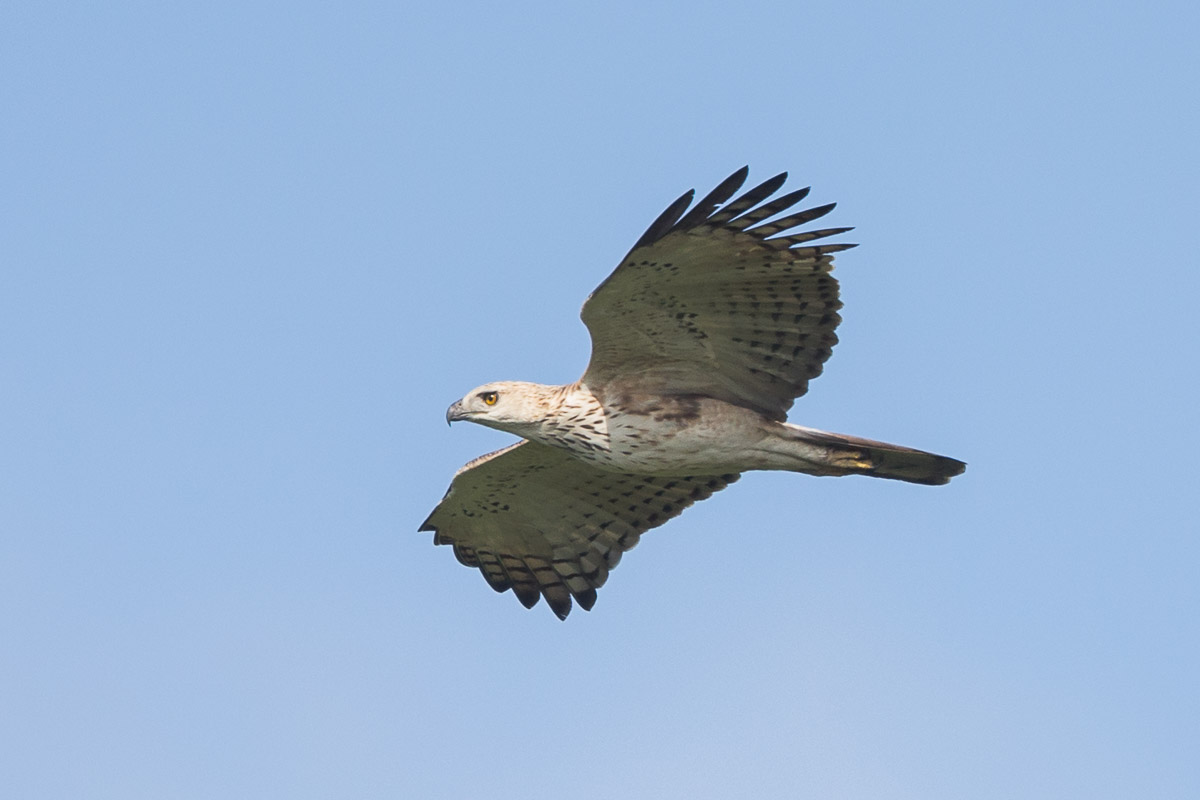 Range:
Resident from the Indian subcontinent through Sundaic southeast Asia, as well as some islands in the Philippines.

Identification:
Comes in a dark and pale morph. The latter has dark streaks on its underparts with strongly marked underwings. Juvenile dark morphs are typically similar to adults, while juvenile pale morphs can be told apart by their very plain white underparts. Often confused with Crested Honey Buzzard, from which it can be told apart by its proportionally bigger head, rounder wings, shorter tail and feathered tarsus (if visible).

Behaviour/Ecology: Frequently heard in various wooded area across Singapore, but beware as some of the sounds heard might turn out to be vocal mimicry by the Greater Racket-tailed Drongo. Previously rare in Singapore but population size has increased tremendously.

Location: Found across many wooded area across Singapore. Even able to tolerate degraded habitat such as regenerating forest patches in Tuas as long as tall trees (such as Albizia) are available for nesting.