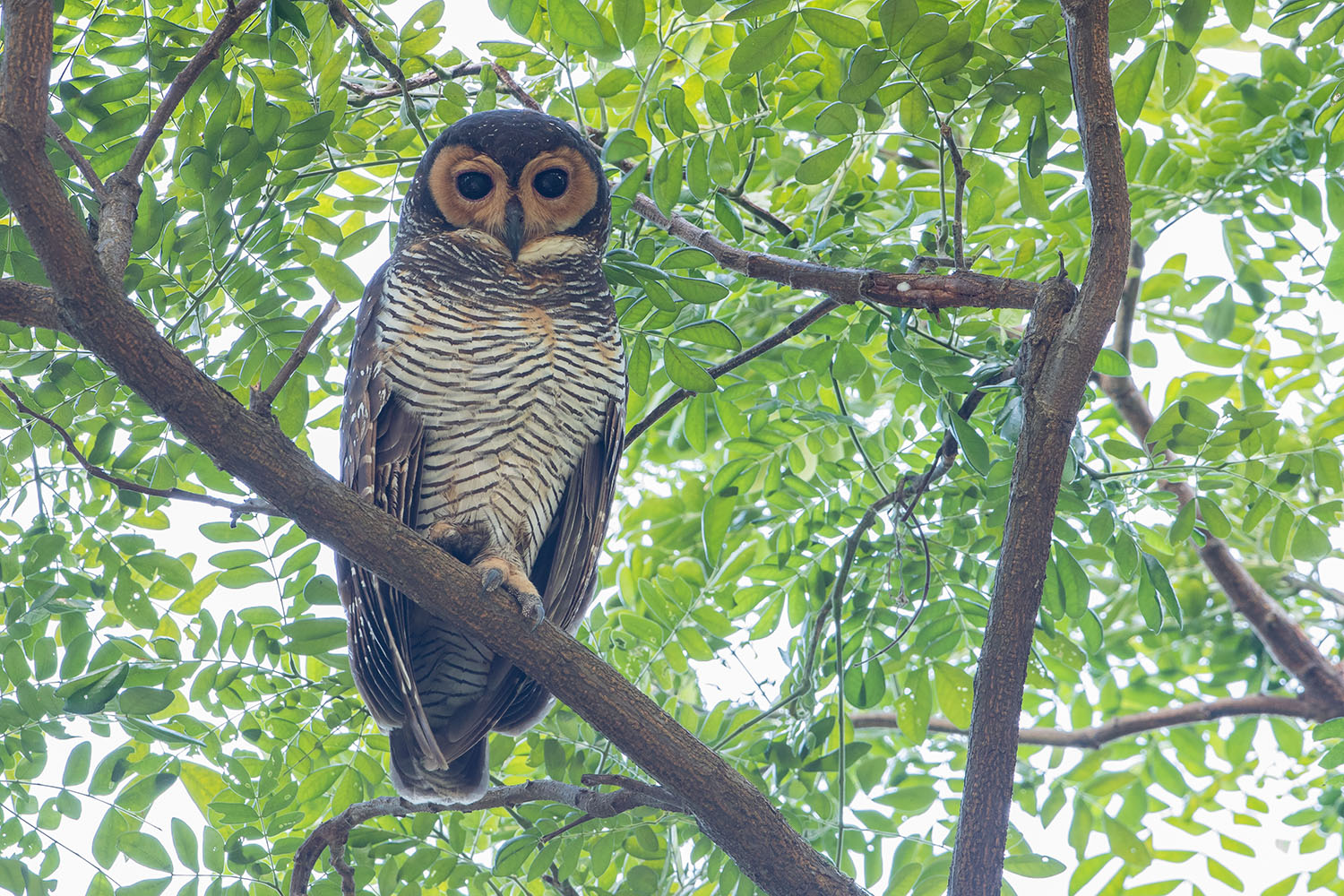 Range:
Southeast Asia southwards to the islands of Sumatra, Java and Palawan, absent from Borneo.

Behaviour/Ecology: Most common large owl in Singapore after Buffy Fish Owl. Quite urban-adapted and can be found in parks in close proximity to built up areas.