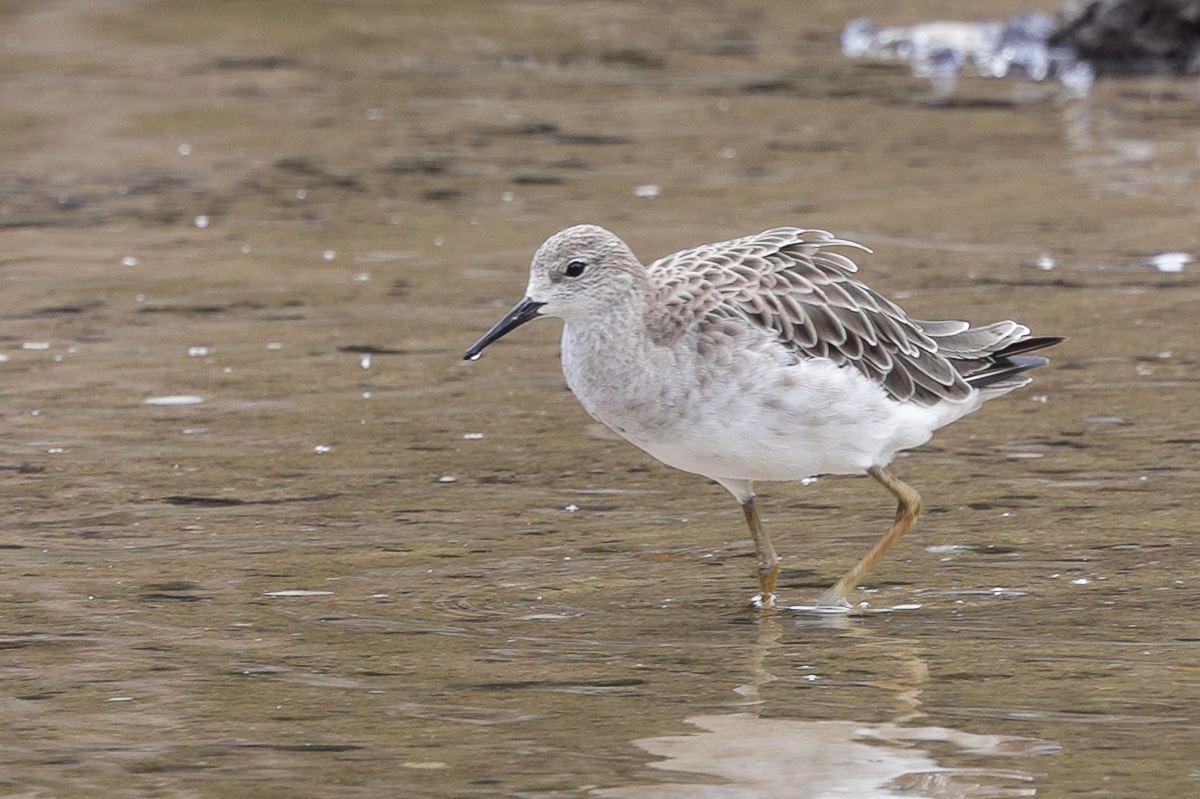 Identification:
Adult in non-breeding plumage (the form we get to see in the region) can be separated from similar size waders (Common Redshank, Common Greenshank and Great Knot) by a combination of upright stance, longish neck, relatively small head, shortish and straight bill which is slightly down-curved at tip and longish, usually orange to yellowish-green legs. Male is significantly bigger than female. Their feathers seem to “ruffle” more easily in the wind than other waders.

Location: Two most recent sightings were that of a male mixing with a flock of Common Greenshank at Sungei Buloh on 2 Dec 2016 and 7 birds at Tanah Merah on 14 Nov 2001.