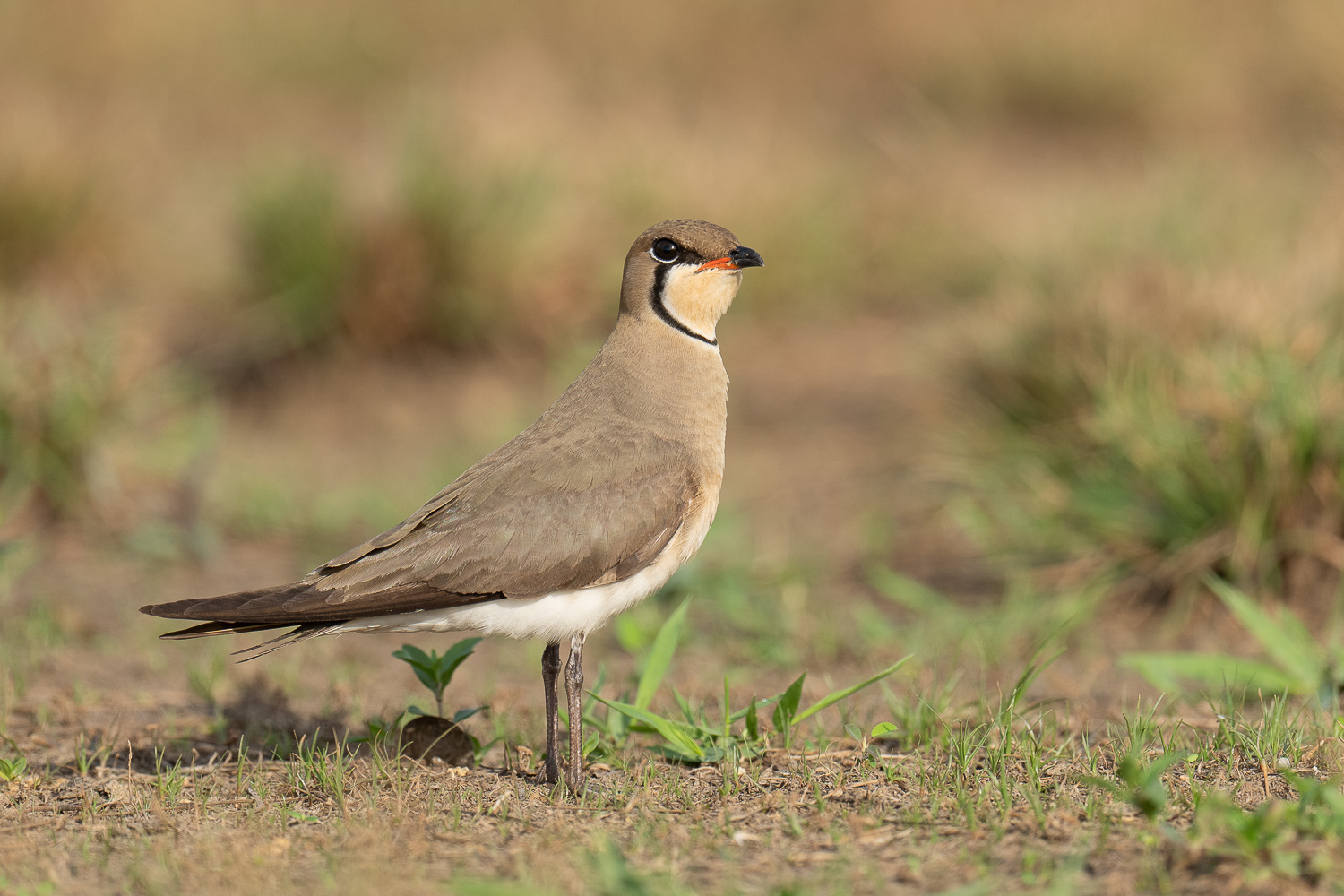 Range:
Breeds in Indochina, East Asia, northern Philippines and some sites around India and Sri Lanka. Winters in Southeast Asia to Australia.

Identification:
A medium-sized greyish bird with very distinct facial and throat markings. It's shape is somewhat similar to a tern, both when perches and in flight with its long, slender and pointed wings. Underwings coverts are bright red. The similar and very rare Small Pratincole is much more compact in shape, lacks facial markings and has black underwing coverts.

Location: Throughout Singapore during the migratory season, especially at known raptor watching sites. Sometimes seen at freshwater puddles, typically temporary ones that form at construction sites or grassfields in places like Seletar and Jurong.