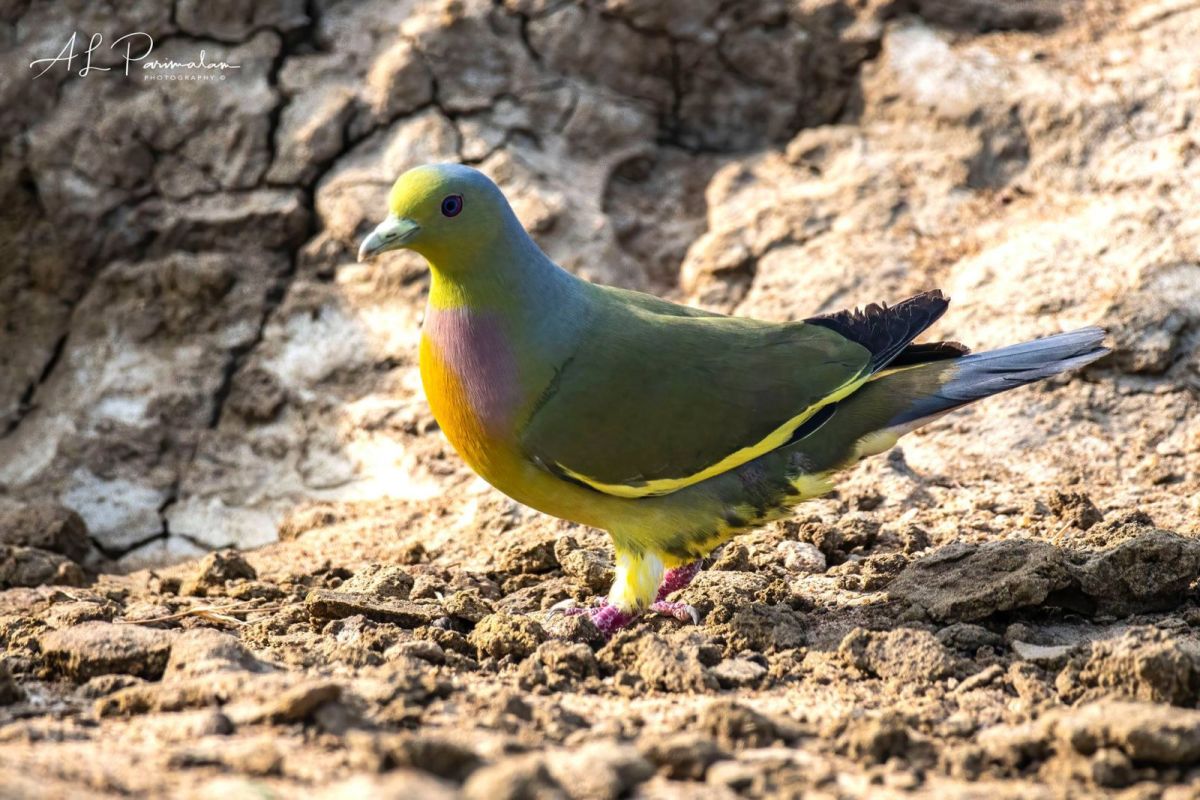 This species is defined as a rarity. Please submit your records of this species via
our record submission page.

Identification:
Male has green head, with a narrow band of pink on the upper breast and broader bright orange breast band below, and a blue-grey nape. A dark tail-bar is interrupted centrally and the broad pale grey terminal band can be observed in flight. Female lack the pink and orange breast patch, Differentiated from other female green pigeons by contrasting blue-grey nape, strong brownish cast to green of upperparts, lack of obvious eyering, and tail pattern of the male. The wingbars of both sexes are clear yellow (in contrast to the cream in Pink-necked Green Pigeon).

Past accepted records in our database: