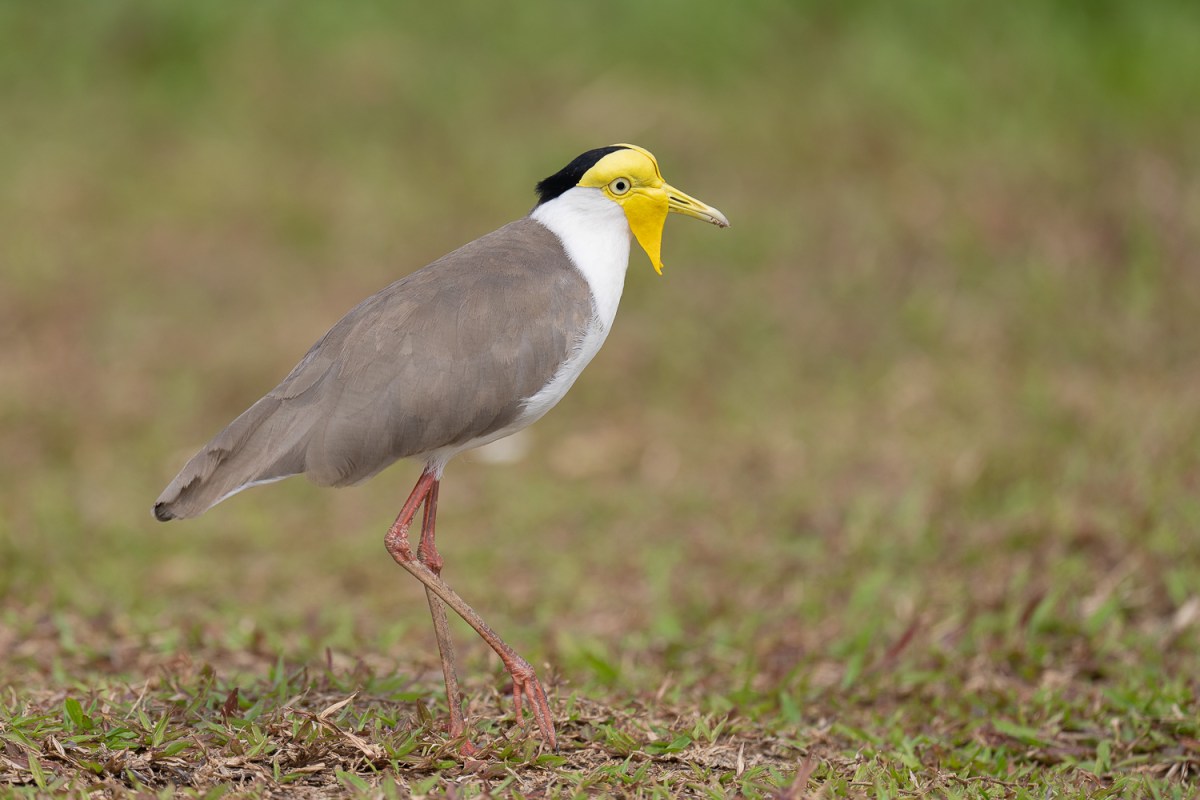 Identification:
A large, ground-dwelling bird with brown wings and back, and a black crown. Underparts are mainly white. Large yellow wattle across forehead and hanging over the bill, and a conspicuous black-tipped yellow spur on the carpal joint of each wing.

Habitat: Edges of wetlands and in other moist, open environments, beaches and coastlines, urban parks, sporting fields, paddocks, riverbeds, and in Singapore, at golf courses.

Behaviour/Ecology: Feed on insects and their larvae, and earthworms. Most food is obtained from just below the surface of the ground, but some may also be taken above the surface. Normally seen feeding alone, in pairs or in small groups.

During breeding season, nesting pair boldly defends their territory against all intruders by calling loudly, spreading their wings, and swooping fast and low, and at times striking at intruders with their feet, and attacking animals on the ground with their spurs. At other times, they act as though they have a broken wing in an attempt to lure the intruder away from the nest.