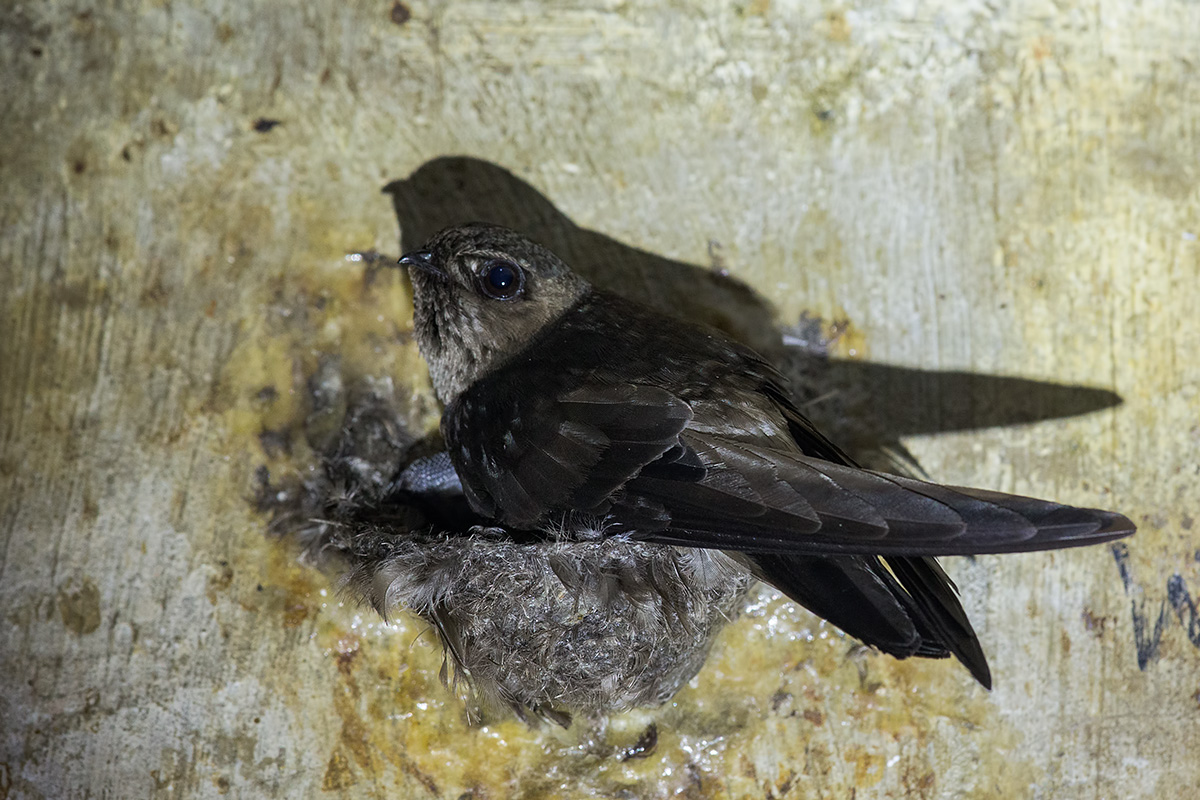 Identification:
A small swift with blackish-brown upperparts, dull rump-band and paler underparts. Indistinguishable from Edible-nest Swiftlet when seen in flight. Can only be conclusively identified either with a bird in hand to see its heavily feathered tarsals or at its nest which is blackish in colour. It lays only one egg as opposed to two eggs by the Edible-nest Swiftlet.

Habitat: Recorded over a wide variety of habitats, forests, clearings, coast, lowlands, mountains and also out at sea.

Behaviour/Ecology: Feed on small insects taken in flight. Gregarious and often forage in big flocks together with other Swiftlets and Swallows.

Location: Throughout Singapore. Known to nest in Sentosa and Pedra Branca.