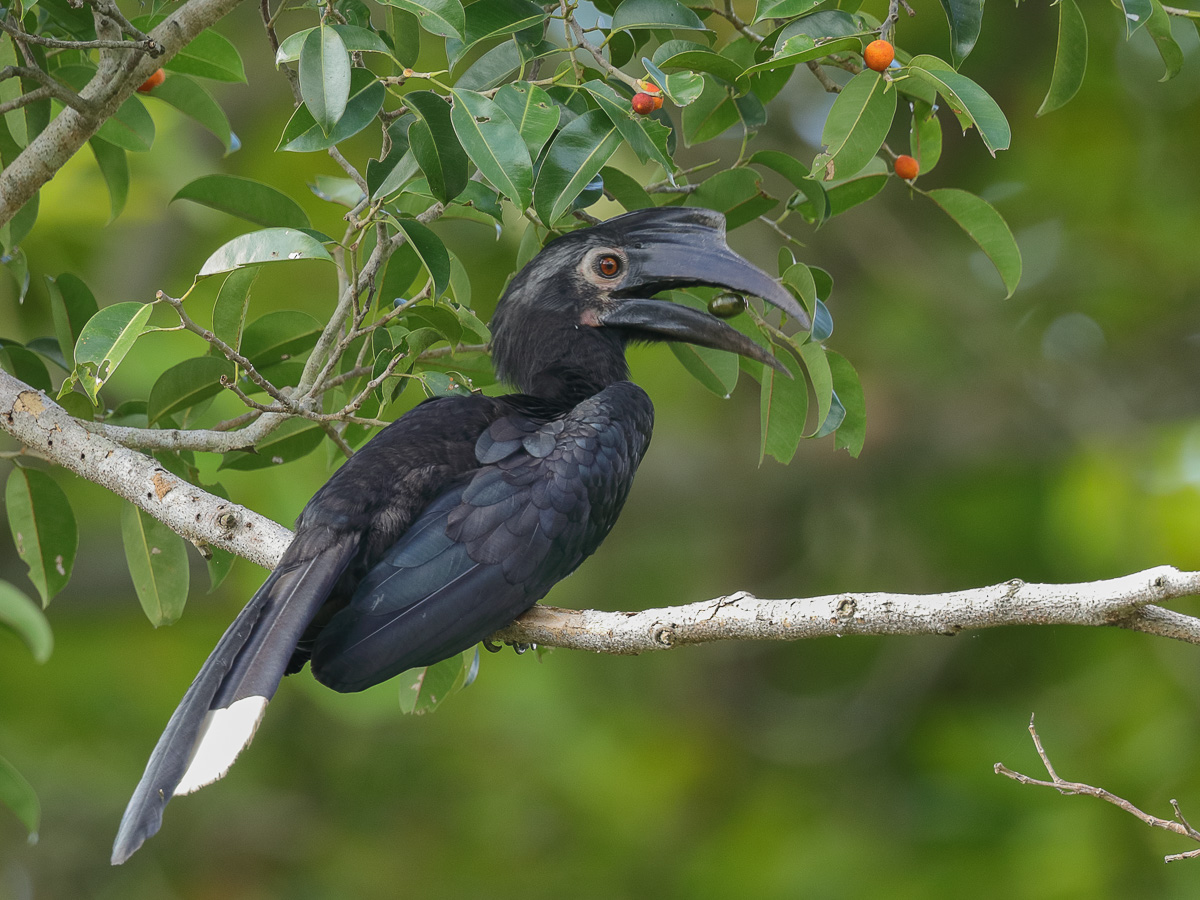 Range:
Found from the Thai-Malay Peninsula to Sumatra and Borneo

Location: A subadult male was seen feeding with a flock of Oriental Pied Hornbills at Pulau Ubin between July and August 2015 followed by a female between June 2016 and January 2017 also at Pulau Ubin. Both were presumed to be wild stocks displaced by deforestation in neighbouring Johor while earlier sightings of this species at the Central Catchment Forest in the 1990s were mostly likely escapees.