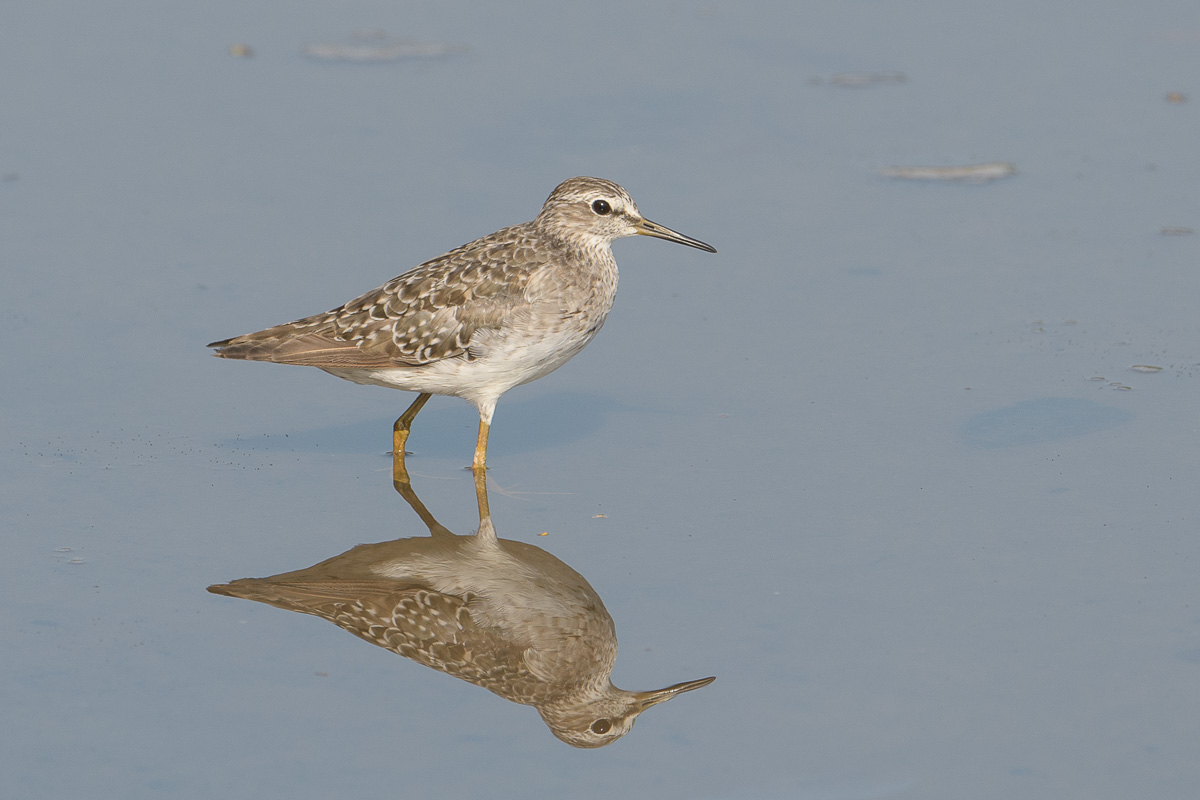 Range:
Breeds in the Northern Palearctic from Europe to eastern Siberia, winters in tropical Africa through the Middle East and Indian subcontinent to Southeast Asia and Australia.

Identification:
A medium-sized wader with yellowish green legs. From the similar looking Common Sandpiper by its taller looking, more upright posture and more spotted upperparts. The similar but rare Green Sandpiper also has spotted upperparts, but typically has a more horizontal posture like the Common Sandpiper, and with supercilium that does not extend past the eye. The Grey-tailed Tattler, that is typically not found in the same habitat, has much cleaner upperparts, brighter green legs and thicker looking bill.

Behaviour/Ecology: Often seen in small flocks together with Common Sandpipers and occasionally with Little Ringed Plovers.

Location: Freshwater puddles, typically temporary ones that form at construction sites or grassfields in places like Seletar and Jurong. Also found along shallow canals.