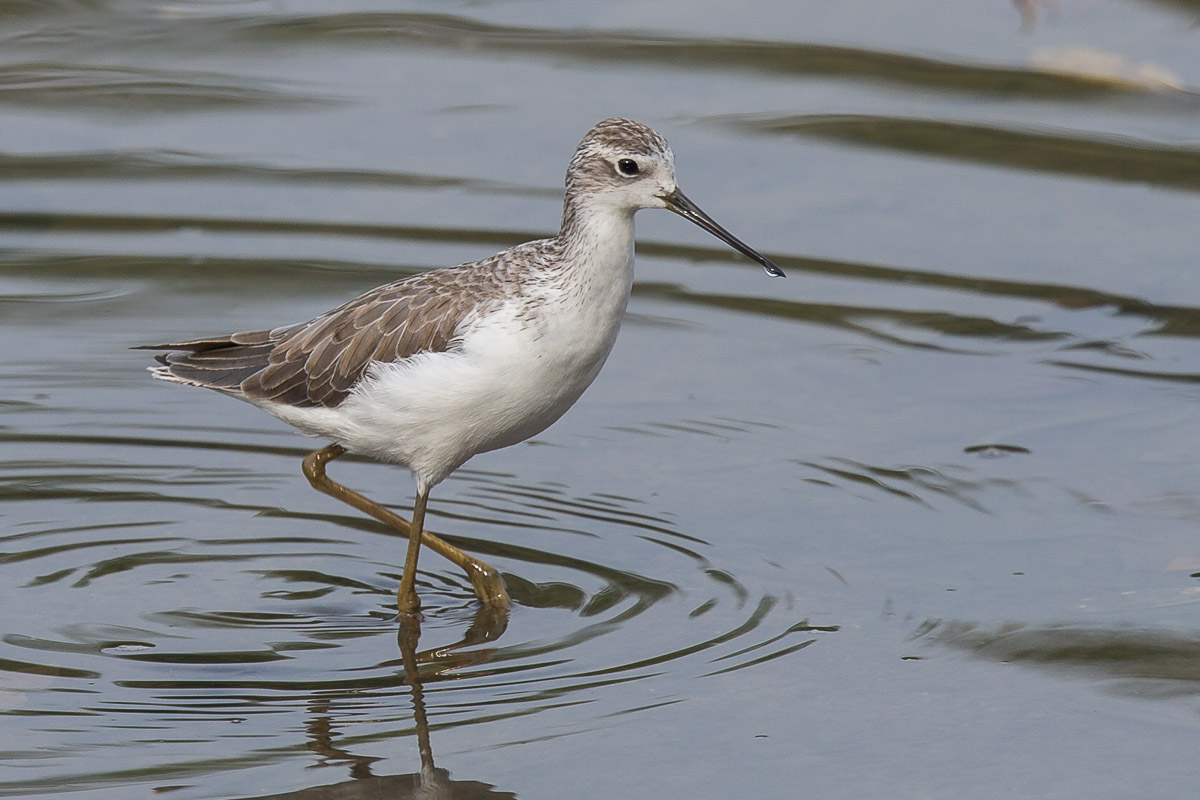 Range:
Breeds from eastern Europe to eastern Siberia and northeast China; winters in sub-Saharan Africa through the Indian Subcontinent and southeast Asia.

Identification:
A medium-sized wader with a distinctive pencil-thin bill and long legs. Like Common Greenshank, lightly spotted (breeding plumage) or clean white (non-breeding plumage) below, with greyish-brown upperparts and yellow legs. Differs, however, from that species by its thin and straight (rather than slightly upturned) bill; overall, Marsh is smaller-bodied and more elegant.

Location: Numbers declining rapidly (from counts exceeding 500 in the '90s, to a maximum of 22 through 2020), although still more or less annual at Sungei Buloh at least in September and October, when species makes its fall passage through Singapore. Also recorded at Chek Jawa, Seletar Dam, and Mandai Mudflats.