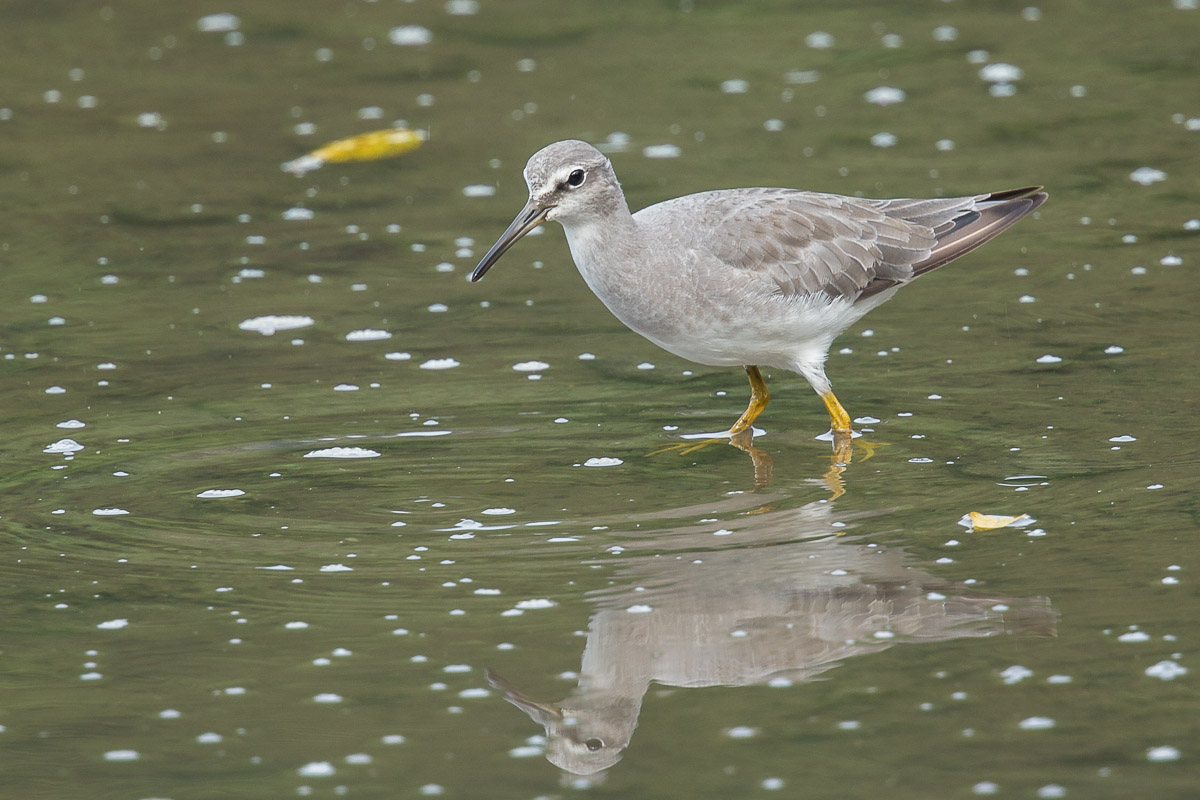 Identification:
A rather stockily-built sandpiper; in breeding plumage (which is sometimes retained until October or even later), shows grey upperparts, underparts white with wide, thin chevron-shaped markings across breast, flank and vent. In non-breeding plumage, white throat and brownish-grey wash over breast and upper belly; rest of underparts clean white. Differentiated from other similar species by combination of short yellow legs (compared to Common Redshank, Common Greenshank, Marsh Sandpiper, and all other Tringa sandpipers except Nordmann's Greenshank, which have longer legs); short, blunt-tipped bill (compared to Terek Sandpiper and much rarer Nordmann's Greenshank, which have upturned bills).

Behaviour/Ecology: Often associates with other waders — in the past, has been recorded with Common Redshanks at Sungei Buloh.

Location: Suitable habitat, such as Chek Jawa, Sungei Buloh, Pulau Tekong, and Yishun Dam. Has not been recorded at Sungei Buloh since 2016; most recent local record was a single bird at Chek Jawa in Jan 2019.