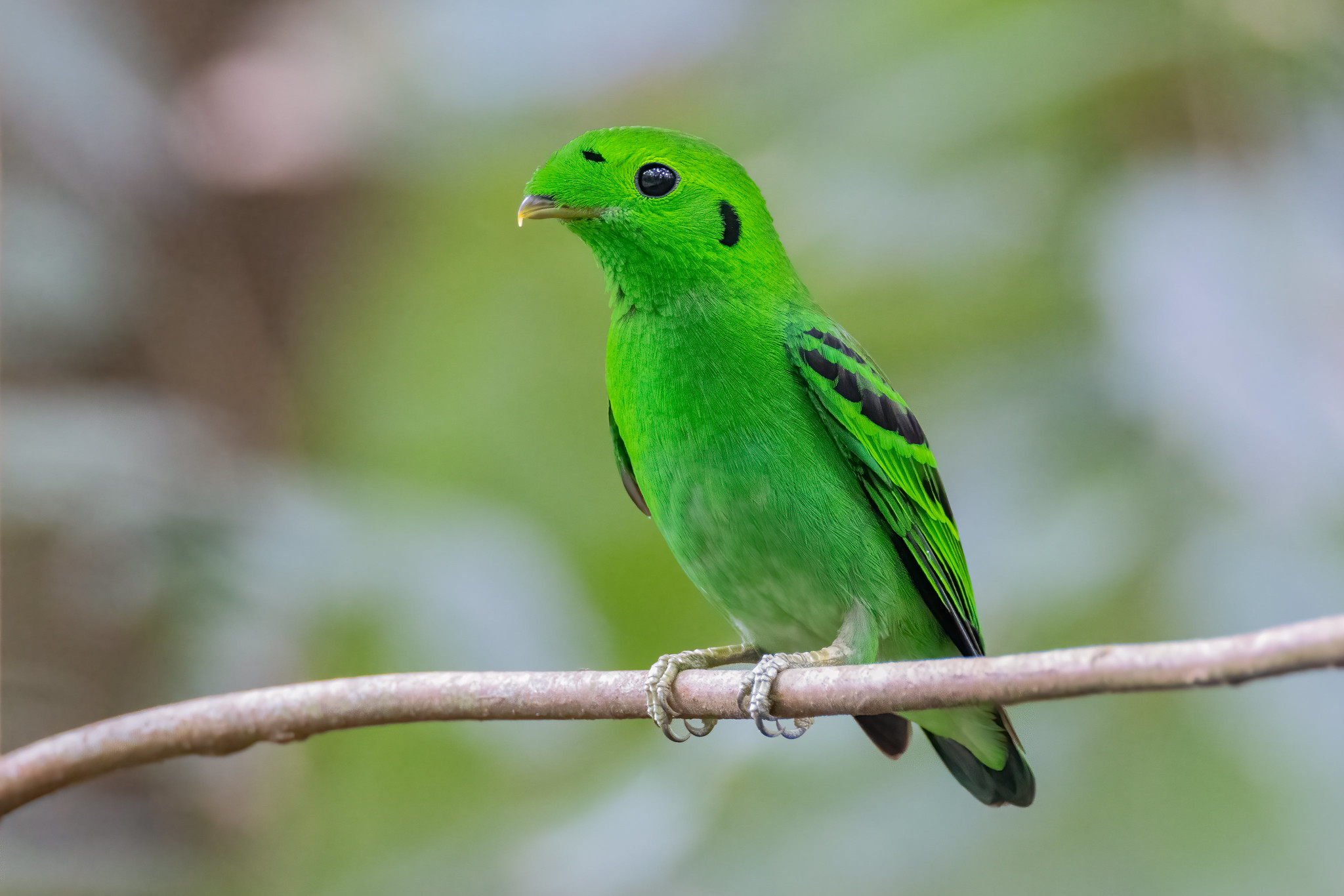 Range:
Found from the Thai-Malay Peninsula to Sumatra and Borneo

Identification:
Male has bright deep green overall plumage with broad tuft of feathers on top of bill, blackish patch on rear of ear-coverts and broad black bars on wing-coverts. Female resembles male but duller with no black markings. Juvenile resembles female but has paler breast and greenish-white vent.

Habitat: Usually found in forest but also wooded areas and gardens in Singapore.

Location: There were several recent records. A juvenile was observed and photographed at a fruiting tree at East Coast Park on 27 and 29 November 2014 followed by another sighting of a juvenile at Sensory Trail, Pulau Ubin on 25 December 2014. These two records coincided with the unprecedented mass appearance and sightings of Cinereous Bulbuls and Streaked Bulbuls (both uncommon to rare non-breeding visitors) all over Singapore including East Coast Park and Pulau Ubin during the same period. An adult male was seen at Pulau Ubin again on 7 and 11 April 2021. It was refound on 27 June 2021 and was observed by many for several days. Earlier records include one heard at Nee Soon Swampforest in July 2002.