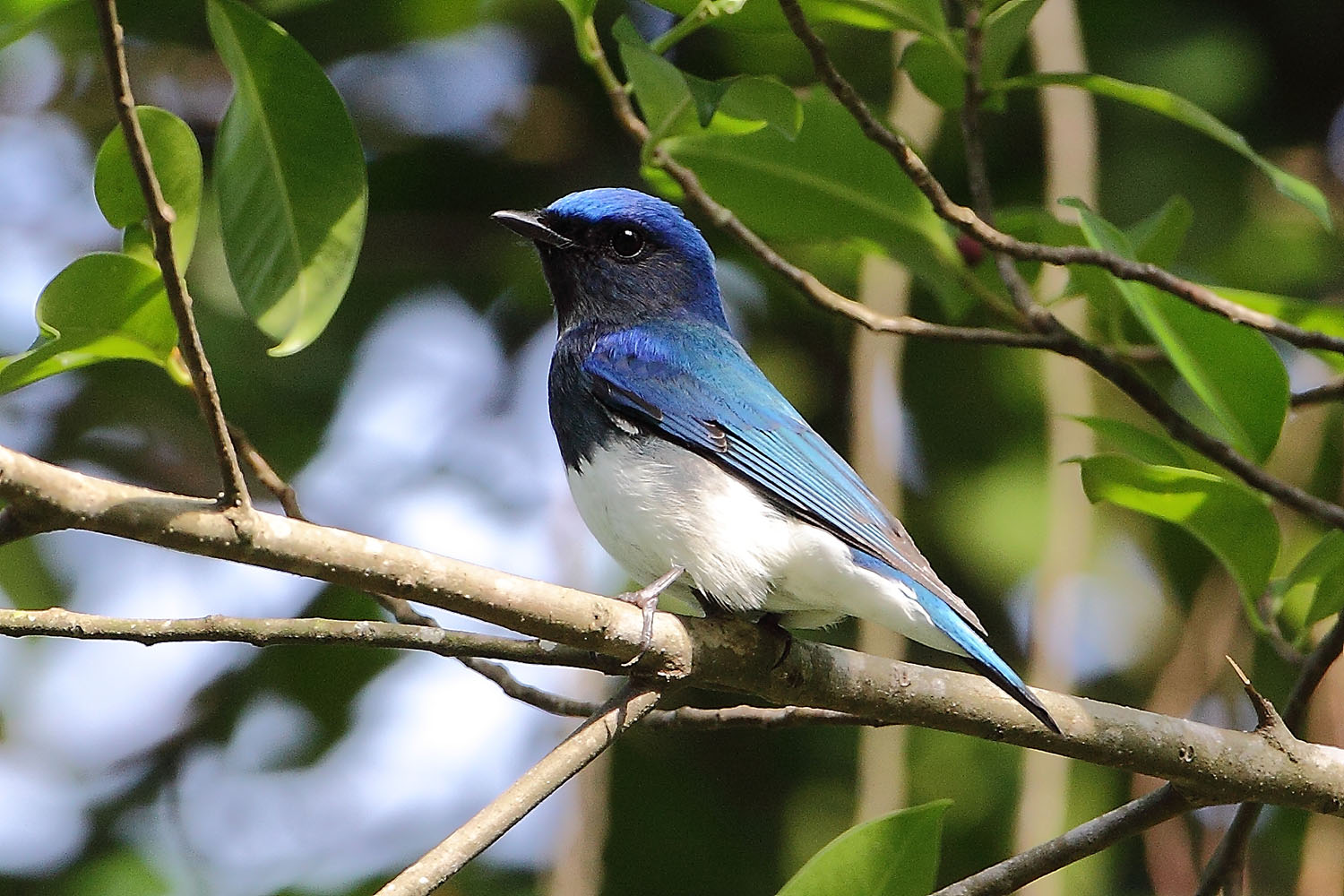 Range:
Breeds from Korea to Japan and winters to Southeast Asia

Identification:
Male has cobalt-blue upperparts, blackish head-sides, throat and breast with rest of underparts whitish. Female has rather uniform brownish upperparts and breast with contrasting white belly and vent, whitish throat-patch and all black bill. First-winter male resembles female but has blue wings, tail and back to uppertail-coverts. Based on current knowledge, it is not possible to separate non-adult male from Zappey’s Flycatcher in the field.

Behaviour/Ecology: Forages mainly at the mid-stratum and canopy levels for insects.