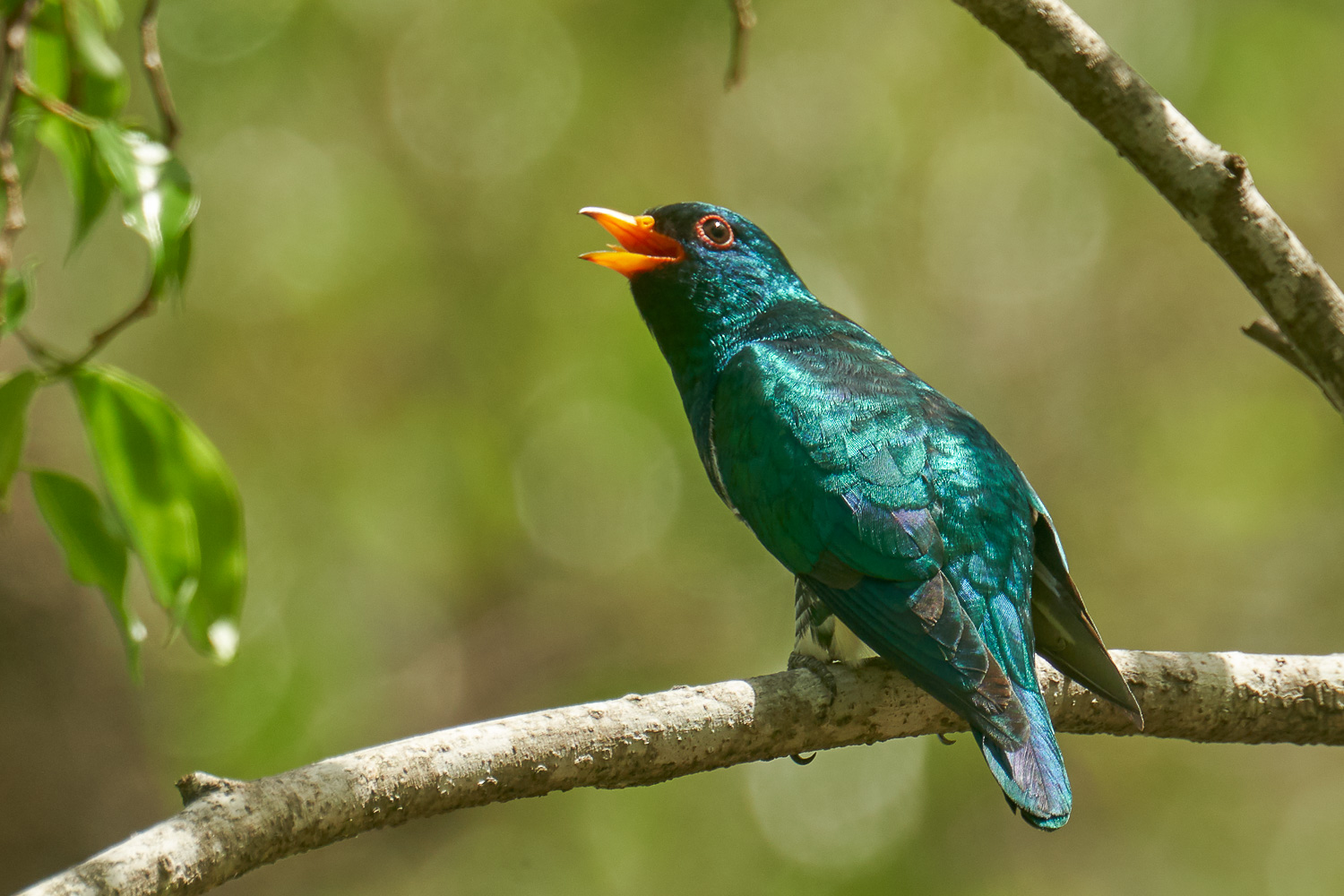 Identification:
Distinguished from other male Chrysococcyx cuckoos of Singapore by the glossy golden-tinged emerald-green plumage with white bars on lower breast to vent and dark-tipped yellowish bill. Female has rufous crown/nape and coppery-green wings and tail. Juvenile resembles female but less green above with some dark and buff bars on crown to mantle.

Behaviour/Ecology: Frequents the canopy and crown of tall trees.

Location: There are only three accepted sightings in Singapore. The first was two subadults photographed at Fort Siloso, Sentosa between December 2017 and January 2018. The second was along a canal at Ghim Moh from late March to early April 2020. The third was a female at Pulau Ubin in March 2021.